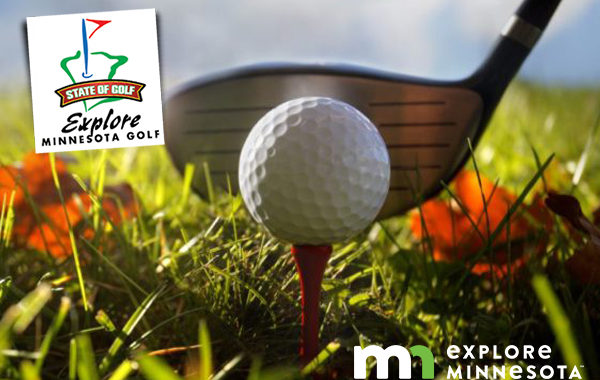 In the fall Minnesota golf courses are in pristine condition and the aesthetics of the changing season is spectacular. Open spaces, fresh air and a long walk with your putter in hand ~these are some of the things golfers appreciate most about the game. Ask around and you’ll also hear golfers in the Midwest say the best time of year to play is the fall. With cool temperatures, changing colors and the sun that hangs a little lower in the sky, an afternoon on a Minnesota golf course during the fall months is a sight to behold.

Peak colors for leaves in Minnesota start around mid-September in the northern part of the state and will run through late October in the southern reaches. For golfers, who are willing to sacrifice a few golf balls to the “leaf rule” in exchange for glorious afternoons on the course, here’s a quick overview of when to catch Minnesota golf courses during peak leaf season. 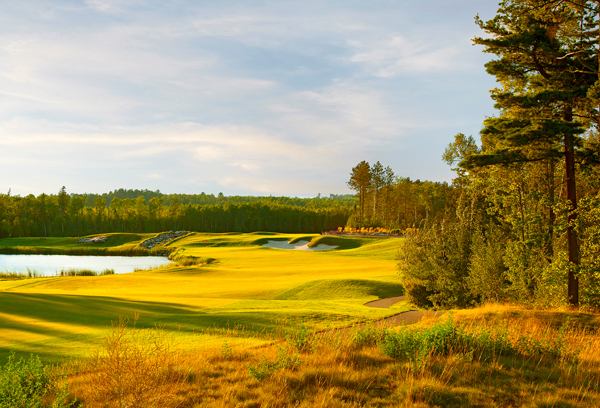 The Wilderness at Fortune Bay

Leaves begin changing colors in Northern Minnesota as early as Labor Day and the peak season will typically hit sometime towards the end of September and even as late as the first week of October. If you wait too long into October, the leaves come down in a hurry, as do the temperatures. It’s always best to call ahead to the course or resort you’re planning to visit as some of the golf courses will close in mid-October. Here’s our list of must-play golf courses to hit during that time: 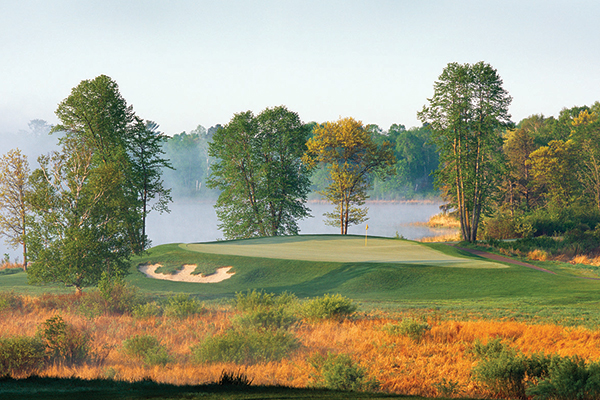 A week or two later than the northern third of the state, you’ll notice leaves starting to change in Central Minnesota. Areas such as Brainerd, St. Cloud and Alexandria you can expect the leaves to begin to change shortly after Labor Day and with peak colors somewhere around the first of October. Again, the actual timing varies and once the temperatures begin to drop, the leaves follow suit. If you wait until mid-October, there’s a good chance you’ve missed the best colors and some of the resorts will begin to close if the weather makes play prohibitive. Check out these outstanding Minnesota courses in this area: 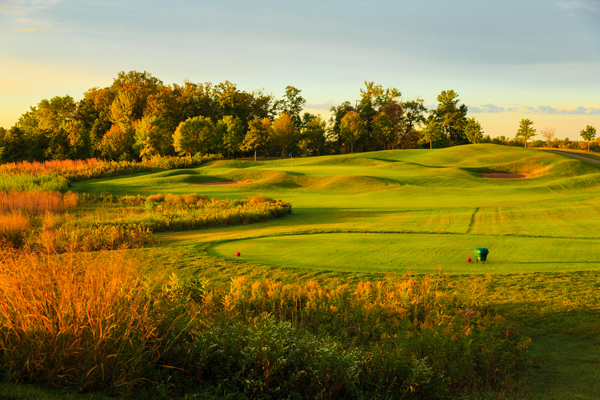 If you’re planning to visit the Twin Cities area there are plenty of places to enjoy the changing season, in addition to the golf courses. However, you’ll find the leaves beginning to change in mid to late September with the peak occurring in mid-October. But, don’t blink, by Halloween, the leaves are on the ground in time for all the local ghosts and goblins. There’s plenty of golf to explore in the Twin Cities at this time of year and all of the local courses really shine. Here are our favorite courses in the area: 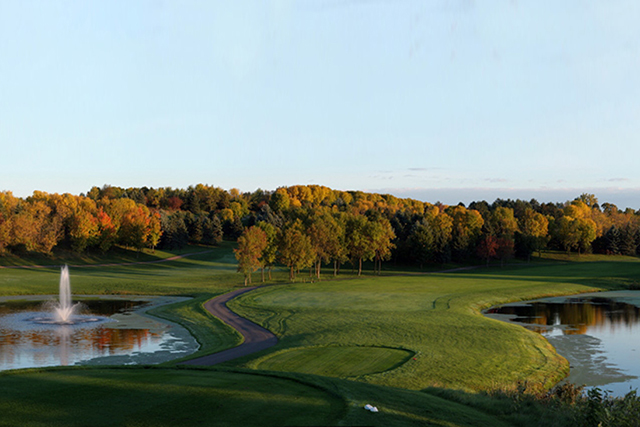 Given the size of the Twin Cities metropolitan area, you’ll find some variance in peak season from the northern end of the metro to the southernmost points. Generally speaking, you may squeeze out an extra week of peak fall foliage in the south metro, but you’ll want to plan ahead and talk to the course operators to determine the best time for autumn colors. There are a number of options in the south metro to consider. Here are our favorites:

Forget “autumn in New York.” Autumn in Minnesota is generally considered the best time of year for golf. Our golf courses are in pristine condition and the aesthetics of the changing season is spectacular and the palette of colors is truly remarkable. Enjoy a long weekend on one of our courses this fall, you’ll be glad you did!

Fall Golf Tips: How to Dress to Play Golf in Minnesota

Contrary to conventional wisdom, fall is the not end of the golf season in Minnesota.…