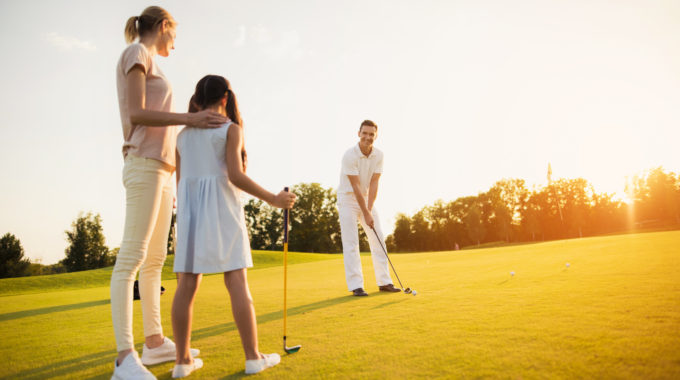 And Why Minnesotans Love Golf

Every year, Minnesotans are ranked at the top or near the top of most golfers per capita in the country. Minnesotans simply love golf. It is one of the best places in the country to play, and the locals know that. So here are some reasons why you will love Minnesota golf as well.

Minnesotans love to get outdoors

Cold winters make that difficult during certain months of the year, so when the temperatures begin to rise in the state, and the courses green up, many Minnesotans get outside after a winter with cabin fever and make up for lost time.

There is a misnomer that the golf season is short in this land-locked northern clime, but truth be told, there are six solid months (April 15-October 15) of solid golf in decent weather in Minnesota, and oftentimes more. March often sees the opening of courses in the southern parts of the state, and when the winters are mild, November sees some rounds for the adventurous willing to brave chillier temps on emptier courses.

In fact, I have heard testament to golf being played in every month of the calendar year in Minnesota, although I wouldn’t bank on it by planning winter getaway trips to the Twin Cities in January.

The condition of Minnesota courses

Particularly in late summer and early fall, the condition of Minnesota courses is unsurpassed by anywhere in the country. Minnesota has always been blessed with fertile land, and when the summer heat starts to subside in late August, there are simply fewer better places to play than on a Minnesota golf course.

The many courses with bentgrass tees, greens and fairways, make Minnesota a pleasurable golf destination. The University of Minnesota’s horticultural department spends a lot of time and effort developing new strains of grasses that are perfect for golf in the area, and Minnesota courses are a willing testing ground for the latest and greatest.

The quality of courses in Minnesota

The quality of the golf courses is Minnesota’s greatest attraction. From the 5-star rated Classic at Madden’s and many other superb tracks throughout the Brainerd Lakes area to the Golf Trilogy of Giants Ridge’s Legend and The Quarry and The Wilderness at Fortune Bay way up north, Minnesotans demand and receive great golf.

Travel to any corner of the state—to Biwabik in the northern edges of Minnesota which offers golf surpassed only by the breathtaking views, or the southwestern prairies of Morton where Dacotah Ridge provides an unmatched challenge in beguiling prairie golf—and you will a test for your game and an experience for your senses.

Then go to the Twin Cities, where history, excellent conditioning and great golf come into play. Among the private courses loaded with history, Hazeltine National has hosted national tournaments and is home to the 2016 Ryder Cup; Interlachen Country Club was home to the third leg (the U.S. Open) in Bobby Jones’ 1930 Grand Slam, and Minikahda Club hosted the 1916 U.S. Open that Chick Evans won and then started the Evans Scholarship program for caddies.

Less known, yet no less unique and visually stimulating are the bevy of award winning public facilities. From east to west, north to south you will find memorable golf experiences across the Twin Cities. Rush Creek in the northwest, StoneRidge just miles from the Wisconsin state line, Edinburgh U.S.A. which has hosted LPGA and USGA events in its history to the north and Willinger’s Golf Club to the south of the metro.

You can satisfy any golf fix you have by choosing Minnesota for your next golf trip. It’s a great place to play.

Pack for a Perfect Minnesota Golf Trip When it comes to planning golf trips, there…