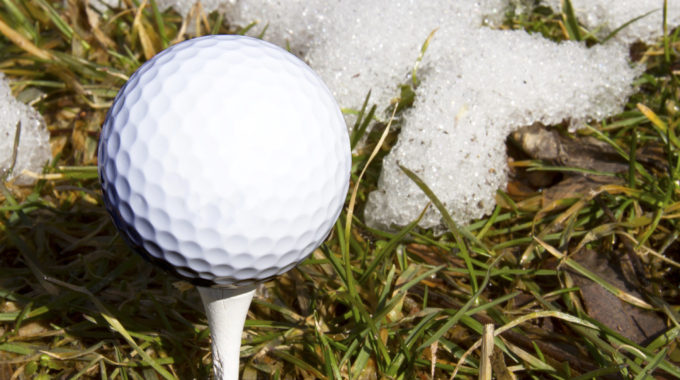 Winter’s Over And So Is The Need For Winter Rules

Minnesota is known for its winters—sometimes long, occasionally harsh, and certainly snowy. But the people here are used to it and prepared for it—just like they are prepared for any adverse conditions, especially on the golf course. This year we’re experiencing great conditions for early spring golf— which means most courses won’t need any “winter rules” because the courses are ready to go.

What Are Winter Rules?

In the previous two years, local golf courses have suffered through two late, wet and cold springs, and some clubs (particularly last season) employed the Preferred Lies or Winter Rules procedure, which falls under Local Rules in the Rules of Golf book. The procedure calls for the following:

“Adverse conditions, including the poor condition of the course or the existence of mud, are sometimes so general, particularly during winter months, that the Committee may decide to grant relief by temporary Local Rule either to protect the course or to promote fair and pleasant play. The Local Rule should be withdrawn as soon as the conditions warrant.”

Now, while some local rules officials refer to this perfectly legal procedure (less than affectionately) as “Lift, clean, and cheat,” no such procedure is needed in Minnesota this spring. Many courses opened in mid-March, weathered a bit of snow, and then started playing again.

“We opened March 14,” Prestwick Golf Club professional Tom Wahl said. “Which is a record for us—the earliest we ever opened. It snowed, but it’s kind of nice to get open and have people start thinking about golf in March and early April.

Wahl said Prestwick GC came through the winter in great shape, as most of the courses did in Minnesota this year, and there are no restrictions going forward for play on his course.

“We’ve mowed the greens a couple of times and rolled them, otherwise we don’t want to challenge them too much this early,” he said. “The turf is fine. We work closely with the superintendent and when things dry out and the turf is ready to go, it is ready to go. We hold people off if there is frost, etc., but there is no damage to the course at all.”

During a wet spring, courses can get particularly muddy and you may find that some courses restrict the use of golf cars because of the damage they can do. But as far as playing golf, Minnesota courses don’t need to hold anyone back due to conditions right now.

“We do not have any winter rules in place,” Wahl said “When I have my member events, I will determine the course conditions at the time. Right now, they are good enough so we are playing down, playing the regular rules. Most clubs, if they are in that kind of shape–are that wet that they require any local rules for abnormal conditions–they probably shouldn’t be open.”

So it’s full steam ahead for golfers in this early spring. Head to the course, tee it up, and swing away. It’s the start of a great year ahead for golf in Minnesota.

It isn't often that a new golf course opens in today's world, and it's even…

The Wilds Golf Club: One of the top golf courses in Minnesota

Since the doors opened in 1995, The Wilds has been the benchmark of a quality…